My most recent trip took me to Turkey, a place long of interest to me, and whose magical city, Istanbul, straddles Asia and Europe, separated by the Bosphorus Strait and encompassing the Golden Horn. Wikipedia, as often, offers a succinct description:

Istanbul (Turkish: İstanbul, historically also known as Byzantium and Constantinople) is the largest city in Turkey and fifth largest city proper in the world with a population of 12.6 million. Istanbul is also a megacity, as well as the cultural and financial centre of Turkey. The city covers 39 districts of the Istanbul province. It is located on the Bosphorus Strait and encompasses the natural harbor known as the Golden Horn, in the northwest of the country. It extends both on the European (Thrace) and on the Asian (Anatolia) sides of the Bosphorus, and is thereby the only metropolis in the world that is situated on two continents.
In its long history, Istanbul has served as the capital city of the Roman Empire (330–395), the East Roman (Byzantine) Empire (395–1204 and 1261–1453), the Latin Empire (1204–1261), and the Ottoman Empire (1453–1922). The city was chosen as joint European Capital of Culture for 2010. The historic areas of Istanbul were added to the UNESCO World Heritage List in 1985.


This rather plebian description hardly conjures up the romance of the Istanbul, from the Blue Mosque, to the Topkapi Palace, to Sanata Sofia. The Golden Horn itself has romance in its name and very waters, dividing Istanbul and forming a natural harbor that has sheltered Greek, Roman, Byzantine, Ottoman and other ships for thousands of years.

The Byzantine Empire had its naval headquarters there, and walls were built along the shoreline to protect the city of Constantinople from naval attacks. At the entrance to the Horn, there was a large chain pulled across from Constantinople to the old Tower of Galata (which was known as the Megàlos Pyrgos, Great Tower, in Greek among the Byzantines) on the northern side, preventing unwanted ships from entering. ... There were three notable times when the chain across the Horn was either broken or circumvented. In the 10th century the Kievan Rus' dragged their longships out of the Bosporus, around Galata, and relaunched them in the Horn; the Byzantines defeated them with Greek fire. In 1204, during the Fourth Crusade, Venetian ships were able to break the chain with a ram. In 1453, Ottoman Sultan Mehmed II, having failed in his attempt to break the chain with brute force, instead used the same tactic as the Rus', towing his ships across Galata into the estuary over greased logs.

In 1502 Leonardo da Vinci produced a drawing of a single span 720-foot (240 m) bridge over the Horn as part of a civil engineering project for Sultan Bayezid II. 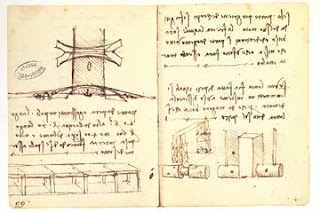 On May 17, 2006, it was announced that the prime minister of Turkey Recep Tayyip Erdoğan and the mayor of Istanbul Kadir Topbaş had decided to resurrect the Leonardo da Vinci Bridge project. ... After five centuries, Leonardo da Vinci's bridge will span the Golden Horn, becoming the first architectural project of the Renaissance genius to be realized in its original scale and its planned location. ... The Bridge will be an exact copy of da Vinci's design, with a single span of 720-foot (240 m), a width of 8 metres, and a height above the Golden Horn of 24 metres, as shown on his sketches. more

Within the confines of Istanbul we visited the Blue Mosque, Hagia Sofia, Topkapi, the Dolmabahçe Palace, a couple of markets and then took a boat up the Bosphorus. Some images are presented here.